Every week, we organise walking tours to show you the most pleasant and culture-filled neighbourhoods of Beijing. Because we want to give you a wider picture than a guidebook, our itineraries are original and designed to include historical sites as well as lively streets and charming alleys.

These small-group tours of three to ten are offered at the price of 300RMB per person, which includes admission to the sites and is paid at the end of our itinerary. We welcome your feedback on our tours and hope to provide a very positive and interactive experience.

Reservations can be made online through our website or by emailing us at info@beijingbyheart.com. Please contact us if you need more detailed information about how to find our meeting point or for any other request.

This 2-3 hour tour will guide you through the atmospheric hutongs of the capital whilst exploring its literary past. Beginning at Dengshikou and ending with Jingshan hill’s majestic views of the imperial palace, we will make our way to the former residence of Lao She, an icon of the city and Beijing’s most beloved author.

A stroll along the green Beiheyan Street will take us to the Red Building, the original site of the prestigious Peking University, where at the beginning of the 20th century, intellectuals embraced modern science and literature and started the New Culture Movement. 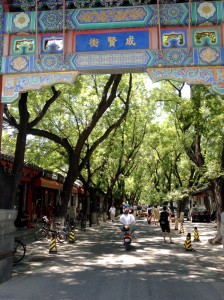 This three-hour walk will take you through the maze of alleyways of the old “Tartar City” – as was once nicknamed the neighbourhoods north of the Forbidden City. Our itinerary starts outside the Lama Temple and ends near Zhangzizhonglu, at the mysterious neo-baroque building which was once home to the headquarters of the first Chinese republic. On the way, we will visit the Confucius Temple and the Imperial College, two sites of paramount importance in imperial China.

Our 4,5 km route will allow us to explore the traditional narrow streets of Beijing, from the most prestigious, such as the beautiful street of Guozijian, to the most popular and their open-air markets. We will cross their tree-lined paths to understand their history, their architecture and their pace of life, to grasp what makes the capital so unique.

The history of the Opium Wars – Yuanmingyuan Tour 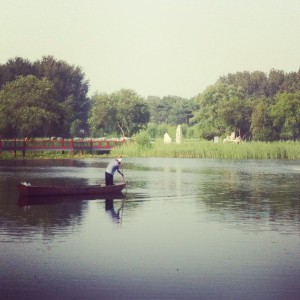 The Old Summer Palace stands as a witness to the turbulent history of modern China. Originally conceived by the Kangxi Emperor as a small gift to his son, the palace was remodeled with ambitious grandeur by the Qianlong Emperor in the 18th century, and became the residence of the imperial court until the destruction brought by the Second Opium War in 1860.

Its peaceful lakes and gardens are an invitation to a relaxing walk all year long. Visitors come to admire the lotus blossoms and the black swans, rent a boat during the summer or step on the frozen lakes when the winter brings its coldest days.

Throughout this walk, we will discuss the intrigues dividing the Qing court, the surging popularity of tea and the trade imbalance which led the British to engage in illicit opium trade, the upheavals caused by the Opium Wars and the impact these events have had to this day.